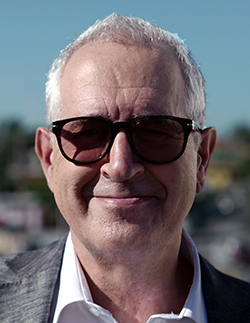 David Nichtern was one of the original Western students of renowned Tibetan Buddhist meditation master Chogyam Trungpa Rinpoche upon his arrival to America in 1970.

A four-time Emmy winner and two-time Grammy nominee, David wrote the classic song, “Midnight at the Oasis.” A highly-regarded composer, producer and guitarist, Nichtern has played/recorded with greats like Stevie Wonder, Paul Simon, Jerry Garcia, Lana Del Rey, Christopher Guest and Krishna Das, among others. He has also been a successful entrepreneur, worldwide sales director for New England Digital Corp, and has owned and operated two record labels and several music production and publishing companies.

David currently teaches workshops and teacher training programs around the world and mentors individual students in person and online.

He has authored two books for Wisdom Publications: Awakening From The Daydream: Re-imaging The Buddha’s Wheel of Life (2016). and his much anticipated second book, Creativity Spirituality and Making A Buck (October 2019). In it he helps readers identify their creative path, how to manifest the right circumstances to actually get paid for it, and stay sane at the same time. Early reviews have likened it to “A next-gen Artist’s Way”.

For more information about David go to www.davidnichtern.com.