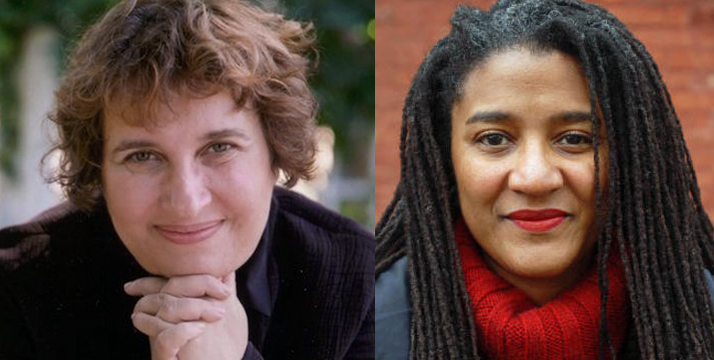 Join acclaimed playwright Lynn Nottage and renowned meditation teacher Sharon Salzberg for a special evening exploring creativity as a healing and disrupting force, the power of the contemplative space and the responsibility of engagement.

“My personal feeling is that it’s an artist’s responsibility to be engaged with the culture. And when the culture is going through turmoil, I think an artist can’t ignore that.” – Lynn Nottage

“We learn and grow and are transformed not so much by what we do but by why and how we do it.”    —Sharon Salzberg

Through brief guided meditations and longer interpersonal dialogues, the evening will be an exploration of the possibility a more awakened life.

No previous experience in meditation or mindfulness practice is necessary.

New York Insight Meditation Center is offering a new structure for registration. Members receive 15% off of the Sustaining Rate.

NYI is committed to ensuring that our programs are available to all, regardless of ability to pay. No one will be turned away for lack of funds. No financial assistance application is needed when registering for a program.

We offer new sliding scale fees, and ask that you choose the highest fee you are able to afford based on your financial means. The Sustaining rate represents the actual program operating cost. If you can afford this level or higher, you assist our efforts to offer reduced rates and support ongoing financial assistance. If you are unable to pay the Base Fee, you can set up a payment plan or let us know how much you are able to pay at this time by emailing registration@nyimc.org. 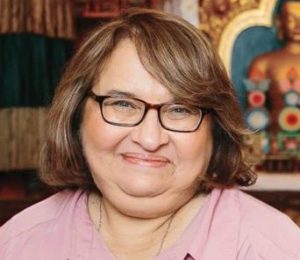 Sharon Salzberg is a central figure in the field of meditation, a world-renowned teacher and NY Times bestselling author. She has played a crucial role in bringing meditation and mindfulness practices to the West and into mainstream culture since 1974, when she first began teaching.

She is the co-founder of the Insight Meditation Society in Barre, MA and the author of ten books including NY Times bestseller, Real Happiness, her seminal work, Lovingkindness, and Real Love.

Beloved for her for her down-to-earth teaching style, Sharon offers a secular, modern approach to Buddhist teachings, making them instantly accessible. She is a regular columnist for On Being, a contributor to Huffington Post, and the host of her own podcast, The Metta Hour. For more information, visit www.SharonSalzberg.com. 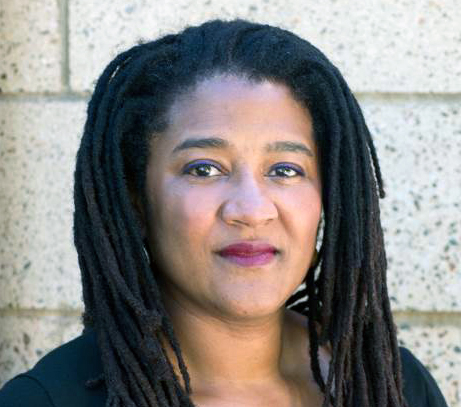 Her plays have been produced widely in the United States and throughout the world. Sweat, her second Pulitzer Prize win and Tony Nomination, moved to Broadway after a sold-out run at The Public Theater. This coming season, Sweat will be produced in most major theater markets across the U.S. The Public Theater will also tour Sweat in 18 Rust Belt cities for free.

Intimate Apparel (2003) is a Pulitzer Prize runner-up, an American Theatre Critics and New York Drama Critics’ Circle Awards for Best Play. Intimate Apparel opened in New York with Viola Davis in the lead. Currently, Lynn is working with composer Ricky Ian Gordon on adapting Intimate Apparel into an opera, both commissioned and produced by The Metropolitan Opera House and Lincoln Center Theater.

Lynn is writing the book for Westlake, the new Michael Jackson musical, which is heading for Broadway in 2020. It will be directed by Christoper Wheeldon of American in Paris fame. The Michael Jackson estate is also involved and Jackson’s music will be used.

She is also currently writing the book for the world premiere musical adaptation of Sue Monk Kidd’s novel The Secret Life of Bees, with music by Duncan Sheik and lyrics by Susan Birkenhead. It will premiere at the Atlantic Theatre Company starting on May 10, 2019, directed by Sam Gold.

Nottage is an accomplished screen writer, and has developed original projects for HBO, Sidney Kimmel Entertainment, Showtime, This is That and Harpo. She is writer/producer on the Netflix series She’s Gotta Have It, directed by Spike Lee.

Among her many honors and awards, Nottage is the recipient of a MacArthur “Genius Grant” Fellowship, Steinberg “Mimi” Distinguished Playwright Award, PEN/Laura Pels Master Playwright Award, Merit and Literature Award as well as Member of The American Academy of Arts and Letters. A graduate of Brown University and the Yale School of Drama, she is also an Associate Professor in the Theater Department at The School of The Arts at Columbia University.